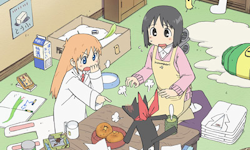 In a far-from-ordinary school a group of high school students go about their quite extraordinary daily lives. Various oddities and absurdities abound, such as an android girl, Shinonome Nano, who can hide a roll cake in her arm; created by an only-eight-year-old candy-crazed girl scientist called Hakase; a boy named Sasahara Koujirou who rides a goat to school with his butler; a girl who can procure various guns out of thin air; a cat, Sakamoto-san, that can speak; and a principal who has wrestled a deer... 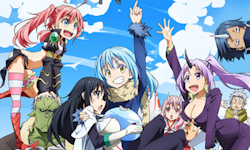 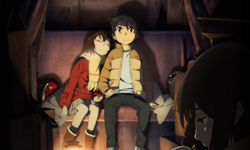