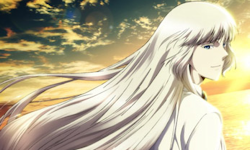 A ruthless arms dealer on a quixotic quest for world peace. A child soldier born into chaotic conflict. Their lives will intertwine as they journey together through the seedy underbelly of the world's arms market 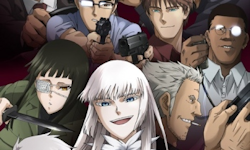 Koko Hekmatyar, a young arms dealer sells weapons under HCLI, a shipping corporation. As one of the company's unofficial weapon sellers, she secretly sells weapons in many countries while avoiding the local authorities and law enforcements as most of her work is actually illegal under international law. Travelling with her is her team of bodyguards who are mostly composed of ex-military veterans. Her latest addition to the crew is Jonah, a seemingly emotionless child soldier who is skilled in combat yet ironically hates arms dealers. Jonah joins Koko as he wishes to find the arms dealer responsible for his family's death. What follows is Koko and her crews escapades around the world. 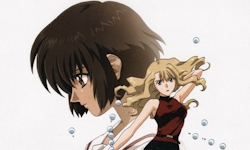 Set in the near future, Mireille is a young woman, a lone-wolf type who just happens to be one of the most talented assassins in the underworld. One day she receives an email with the name of her next target: Yuumura Kirika. The email has an attachment phrase, "Join me on a pilgrimage to the past." and a melody that was playing from a music box when Mireille's parents were killed by a mysterious assassin. Mireille and Kirika, a girl who has no memory of her past, eventually team up as assassins. 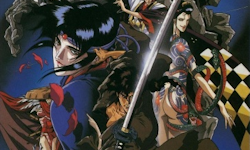