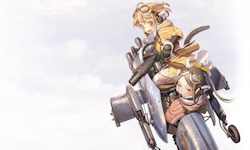 The descendants of the planet's evacuees have returned to a rejuvenated environment, now free from the pollution that drove them out so long ago. However, they now face a constant and ever-increasing conflict with the planet's neglected inhabitants.

On the eve of signing a historical peace treaty with Luscinia of the Ades Federation, princesses Millia and Lily of the Turan Kingdom are lured into a trap and attacked by Luscinia, ruthlessly provoking war. Left for dead, the princesses are intercepted by The Vespa, a Vanship piloted by our titular heroine, Fam Fan Fan - a member of the Sky Pirates. 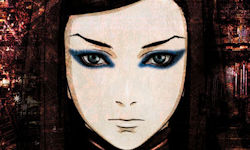 Sometime in the distant future, humanity has managed to survive, but only in isolated cities and through the use of cloning and robotic servants called Autoraves. Life in the cities is strictly controlled by management dedicated to preserving their 'utopian' way of life. But something is causing the Autoraves to become independent and is driving them to seek to escape the city. Re-l Mayer, a female inspector from the Citizen Information Board, learns that the awakening of the Autoraves is caused by an encounter with something called a Proxy. In seeking to learn more, Re-l stumbles into a secret that management is desperately trying to hide and will go to any length to keep suppressed. 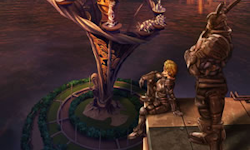 The world, devastated by a long global conflict, is ruled from the vast city of Olympus by the General Administration Agency. This Agency is run by human-hybrid clones known as Bioroid, made from the genes of the best and brightest.

Former Los Angeles S.W.A.T. officer Deunan Knute and her cyborg partner Briareos, both become residents of Olympus after being scouted by ES.W.A.T., a special counter-terrorist division of the Global Police.

One such terrorist group which they fight is the Human Liberation Front, which attacked Olympus in the midst of the launch of the Ark Program, a plan to entrust the future of humanity to Bioroids. However, subsequent investigations will reveal that someone else had been manipulating the Front from behind the scenes. 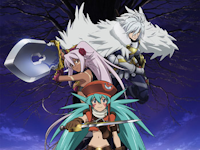 The story takes place in the year 2020, in The World R:X (Revision:X), the newer and improved version of The World R:2. In this MMORPG, we meet three characters, Sakuya, Mary and Tobias who form a party and embark a dangerous quest in the high difficulty level quests and seek new adventures. The three of them use similar Player Characters as Kite, BlackRose and Balmung.