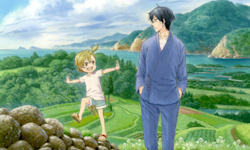 Calligrapher Handa Seishuu moves to the remote Gotou Islands off the western coast of Kyushu, interacting with various people from the island. 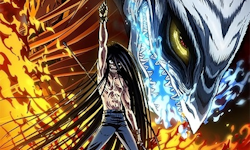 Ushio thinks that his father's talk of an ancient ancestor impaling a demon on a temple altar stone with the legendary Beast Spear is nuts, but when he finds the monster in his own basement, Ushio has to take another look at the family legend! To save his friends and family from the invading spirits, Ushio is forced to release Tora from his captivity. But will the creature prove to be worse than the curse? 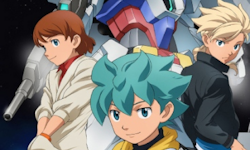 The new series will have three generations of father, child, and descendant as the lead characters. The main characters pilot the Gundam unit to fight against an unknown attacking enemy (UE) and save Earth in a One Hundred Year War - an apparent homage to the One Year War of the first Gundam series.

Other characters include Emily, Flit's friend since he was 7. Grodek is a Commander in the Earth Federation Forces and the captain of the battleship Diva. Millais is a Lieutenant (junior grade) in the Federation Forces aboard the Diva. 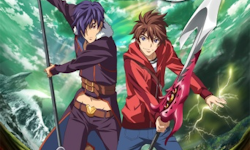 Endra is an unknown world beneath the surface of Earth, where the giant Adamas shines above, and seven-coloured bands drift across the skies. One day, Asanaga Shun, an ordinary yet positive and bright 15-year-old middle school boy who lives in the Land Above, discovers a mysterious crystal at his scientific businessman father's company, and the moment he touches the crystal, he is transported to Endra. There, he meets the recently captured 16-year-old prince Emilio, who strongly despises the current king, Deruzain, and was imprisoned after seeking vengeance against the monarch.