Check out A Certain Magical Index 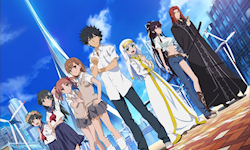 Set in Academy City, a city of scientifically advanced superhuman students, located to the west of Tokyo, in a world where magic is also real. Kamijou Touma's right hand, the Imagine Breaker, can negate all magic, psychic, or divine powers, but not his own bad luck. One day he finds a young girl, Index, hanging on his balcony railing. She turns out to be a nun from the Church of England, and her mind has been implanted with the Index Librorum Prohibitorum — all the magical texts the Church has removed from circulation. His encounter leads him to meet others from the secret world of science and magic and right into an adventure where science and magic collide.

Touma's unusual power then places him at the centre of conflicts relating magicians and science-based espers in Academy City. As Touma tries to help and protect his friends, he learns the people he knows are not quite what they appear to be. To make thinks worse he begins to attract the unwanted attention of powerful magicians and espers alike, as they try to unravel the secrets of Academy City and Index.

Check out Shakugan no Shana Second 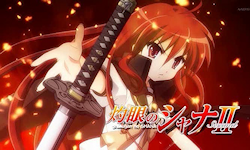 Shana and Alastor — the Lord of the Crimson Realm — continue to do battle with the Guze no Tomogaras, who are trying to steal the Power of Existence from mortals. In the last battle, Yuuji is revealed to be a mystes, a torch with nearly unlimited Power of Existence. Since the Tomogaras want to capture Yuuji and use him to upset the balance of the Realm, Shana resolves to protect Yuuji. Yuuji then vows to join Shana in her fight. 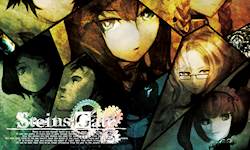 The story of Steins;Gate takes place in Akihabara and is about a group of friends who have managed to customize their microwave into a device that can send text messages to the past. As they perform different experiments, an organization named SERN who has been doing their own research on time travel tracks them down and now the characters have to find a way to avoid being captured by them. 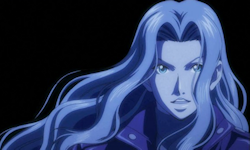 In the present day, hundreds of extraterrestrial species walk the Earth. Some are pacifistic, others violent. Some are here for research purposes, others are career criminals. However, humans don't know they are here.

Now, one more alien has arrived on Earth. One of the universe's foremost geniuses with a personality that's bound to attract all sorts of trouble.